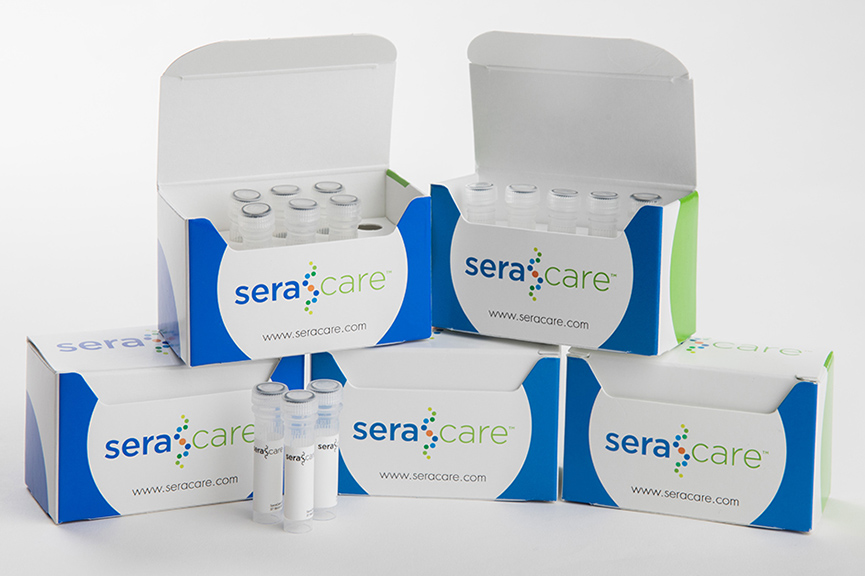 When your assay development requires wild-type patient specimens that represent the body’s true response to an infection, you can trust AccuVert Seroconversion Panels as a gold standard against which to assess your assay development milestones. Our seroconversion panels are developed using crude, undiluted plasma collected from a single individual during the course of an infection and subsequent immune response. Covering a range of infectious diseases from HIV to hepatitis to syphilis, SeraCare panels provide you with a diverse selection of products with high-quality data sets to help you evaluate your trial.

A rich history in seroconversion panels

As a trusted supplier of seroconversion panels for over 30 years, IVD diagnostic manufacturers around the world have used our panels in their assay development and validation for decades. As shown in the World Health Organization HIV Test Kit Evaluation Reports, SeraCare HIV seroconversion panels have been used for comparative studies for HIV test kit evaluations, and are also frequently mentioned in the prospectuses of the main IVD infectious disease platforms.

Five HIV seroconversion panels (panels PRB929A, PRB924, PRB951, PRB952, and PRB959; Boston Biomedica Inc. [BBI]) were used and were purchased from the 1999-2001 BBI catalogue. Panels included six to nine blood samples that were taken within a time range of a minimum of 16 days to a maximum of 40 days from the time the first blood sample was obtained. 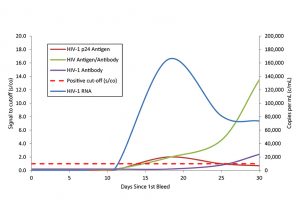 Pooling was done manually. Blood samples from all bleeding days present in each HIV seroconversion panel were pooled with 6, 12, 16, 24, 32, and 48 serum samples. Each pool contained a 1-panel sample and 24 different negative samples in volumes corresponding to the required pool sizes for the study. Considering that pooled sample testing has the best potential for implementation in small laboratory settings, testing was performed with Axsym and IMx machines (Abbott Laboratories), which are frequently used in small laboratories. These two machines are identical in their technical performance characteristics, with the exception that the Axsym is a near-automatic device and the IMx is manually operated. For each seroconversion sample, the test was performed for both single and pooled samples and repeated in duplicate. The sample/cut ratio (S/CO) level used in this analysis was equal to 0.8.

For each group size and each seroconversion panel, the delay in time to detection of the first HIV antibody-positive sample for the pooled-sample test was compared with that for the single-sample test. A robust log-linear regression analysis was performed to obtain a statistical estimate of the delay in detection time of anti-HIV antibodies in pooled samples compared to single samples in terms of the 95% confidence interval (CI) using the use of all available benchmarks. The model assumed that the log S/CO value was a quadratic function of the time since seroconversion. Robust variance estimates adjusted for possible correlations between measurements for a specific seroconversion panel.

The estimated lag time was established when the predicted S/CO value exceeded the threshold value of 0.8. Data were analyzed using the STATA 8 package. The delay estimate obtained was modified by the risk of false-negative (FN) by dilution. This calculation was based on the window period/incidence risk model. The reference estimate of the risk of transmission of HIV infection associated with the use of donated blood was the evaluation performed for the American Red Cross screening data by Dodd et al. According to their findings, the risk of transfusional transmission of the virus in the case of a single HIV ELISA test is 1:1,067,000.

We also assumed that the approximate cost of an ELISA is $4.80 and that the equipment, labour, and other overhead required to screen pooled samples does not exceed the cost of the single-sample procedure. Total annual savings from pooled sample screening can be evaluated by multiplying the number of units collected annually by the expected percentage savings per unit, multiplied by the cost of one test.

In addition, we estimated the total number of HIV infections prevented by screening pooled samples compared to the number prevented by an incomplete screening of single samples. This calculation was made as follows: The estimated proportion of new HIV infections due to transfusion of one unit of infected blood was assumed to be 5% to 15% for African and Western countries. 2.01% for India, given the current number of blood units tested (and assuming HIV screening is partially done). Increasing the number of units tested by a factor of X is assumed to reduce the number of new infections by the same factor X (assuming this relationship is linear).

Estimating the prevalence of a virus in a donor population is the most restrictive factor in such an analysis and therefore requires special attention. Seroprevalence in the donor population in developing countries ranges from 2% to 10% and is often based on unverified data. Considering the high degree of precision of a single-sample ELISA and the relatively high prevalence of HIV, the prevalence based on verified rates is expected to be close to the reported values ​​and therefore the latter is used in the analysis. current. of the applicability of the method.